The Hannah Callowhill Stage is currently a roofless construction site that cannot be described as a building, let along a theater, without some intense and stubborn imagination. Things are going swimmingly, though, and I don't necessarily mean because a recent deluge left a pond-sized puddle of water in the middle of the janky slab.
Yes, that's right! There is no longer a roof! Or any internal walls. All those months of desperate and occasionally tearful leak-prevention have come to an end, since there is nothing left to protect or keep from getting moldy. Everything had to go because 21st-century building codes and engineering concerns necessitate a lot of concrete and steel reinforcement and stabilization. Matt spent hours earlier this year turning the steel part of our plans into a SketchUp rendering so we could understand it in three dimensions:
These steel I-beams had to be lifted into the space using a crane, which happened this past week. A CRANE, PEOPLE. Never in my wildest dreams did I ever think that I would be responsible for the utilization of a crane in my lifetime, but here we are, on this ridiculous journey that requires the use of a crane.

Naturally, I took the morning off from my grueling schedule of being anxious about composing to document the incident and frolic about the site getting in the way. There are more pictures, courtesy of my Official Photographer™ Kendall Whitehouse: 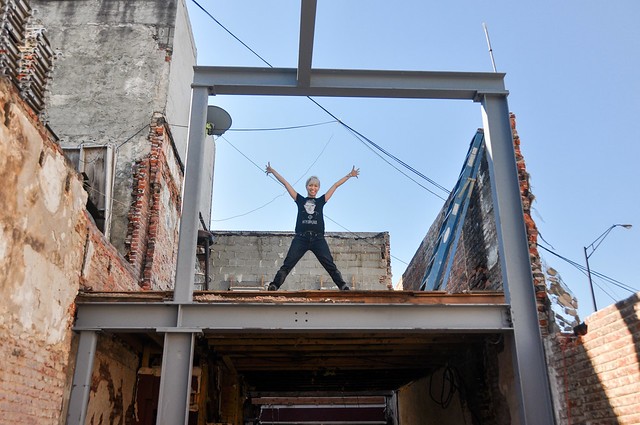 And we made the video at the top of this post of flying, dancing, swinging girders which I keep watching over and over again (the Benny Goodman helps).

In historical artifact news, while I was on-site a few days earlier, this happened:


I GASPed because as soon as I laid hands on it, I knew this was the missing fragment from one of our favorite finds from the privy. You can see the piece I'm talking about here in situ, a little mug-like thing with its handle poking out, right on the privy floor (it's actually a small pipkin): 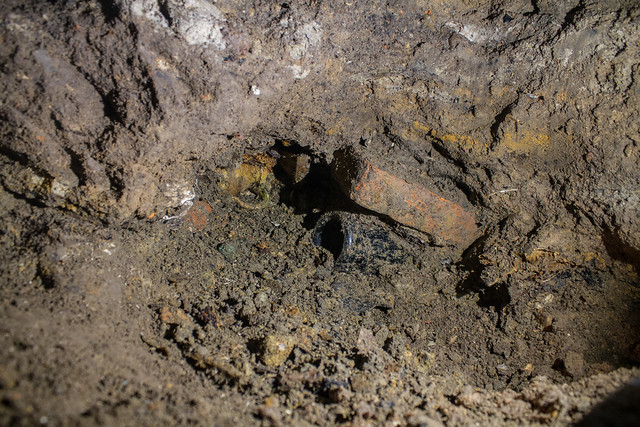 Even when we pulled it out, we knew it was pretty great. Digger George who was with us that night giving support was fairly excited: 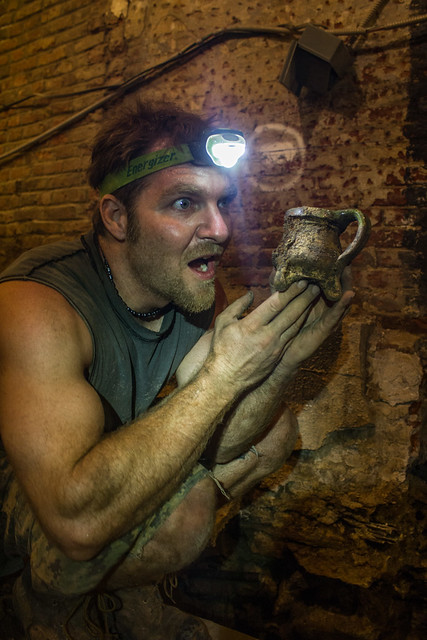 But alas, there was a small piece missing from the rim, and although we sifted through some of the dirt around the piece, we couldn't find it. Here are the lightbox photos we took after I cleaned it up: 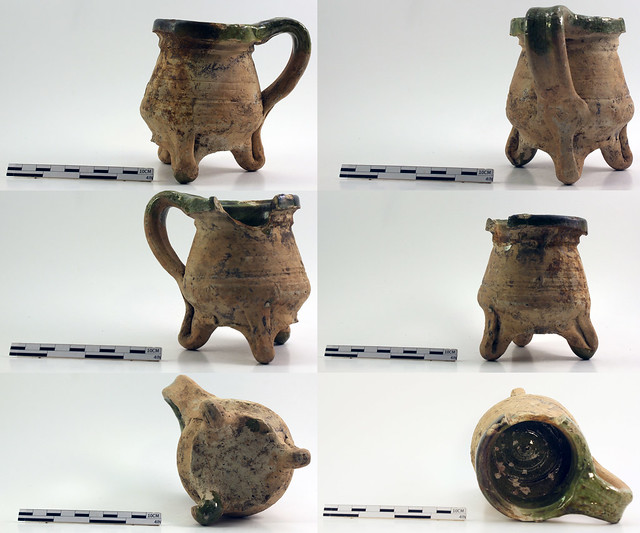 I never expected to find the rest of it. We had no way of knowing if the missing piece had even gone into the privy: from the rust caked on the broken edge, it was clear that the pipkin was broken before it was buried and not as a result of our construction. But sure enough, miraculously, the sherd I discovered scrabbling through random discarded dirt piles was a perfect match, and this artifact is whole again for the first time in nearly 250 years.


And as a result: our second complete (but for a few chips) piece - and it was already one of our favorites. Pipkin! pic.twitter.com/nDUj2Pj1W5
— Melissa Dunphy (@mormolyke) September 9, 2016


This thing is now probably worth as much as my car? Although to be fair, I drive a ten-year-old car. And of all the things that we found, I think this might be the one that I like the most, so I have no desire to sell. Like, one of these days I wouldn't mind finding a potter to make a reproduction of it, without the lead glaze, so I can drink my coffee out of it.
Posted by Mormolyke at 11:43 AM